Majharti is the home of the first School4Freedom. It is an isolated village that is only accessible by boat part of the year. 20 families were enslaved. The children were so eager to learn that even the schoolteacher was surprised when students learned their multiplication table to 20 during the first year. The school became the place where the entire community began to organize, learn their rights, and stand up against their slaveholder. But many children weren’t in school because they had been trafficked away from the village. It was heartbreaking to see so many mothers raise their hands when we asked who had missing children. All of the missing children were found and reunited with their parents.

During the 3-year program, the community members secured 380 government benefits to help with jobs, food, medical care and more with support from the Voices4Freedom team. V4F supplied musical instruments to the village because the teacher was also a musician and it was another way to reach students attending school for the first time, (though hot lunches are generally enough to entice the most recalcitrant new student). Music lessons led to a band – of course – that is in high demand performing at weddings and festivals in surrounding villages. Today, band members support their families with their newfound skills.

All 44 children transitioned from Schools4Freedom to the local government school; the safest place for children who are vulnerable to debt-bondage slavery and trafficking. Another 23 children joined the local government school who became aware of the importance of education through S4F. The adults have been farming on land leased through a government program. They’ve done well farming in part due to the water pump provided by S4F. The women are running the Self Help Group, which includes managing money and loans so no one in the community has to take a loan from a landowner. They are also contributing to the family income by making baskets, washing powder, paper bags etc.

Not only is everyone in Majharti free from slavery—all 155 villagers—but they are freeing other people from slavery by sharing what they’ve learned.

Heartbreak. Every woman with a raised hand was had at least one child trafficked out of the village. Every child was rescued and reunited with their family. 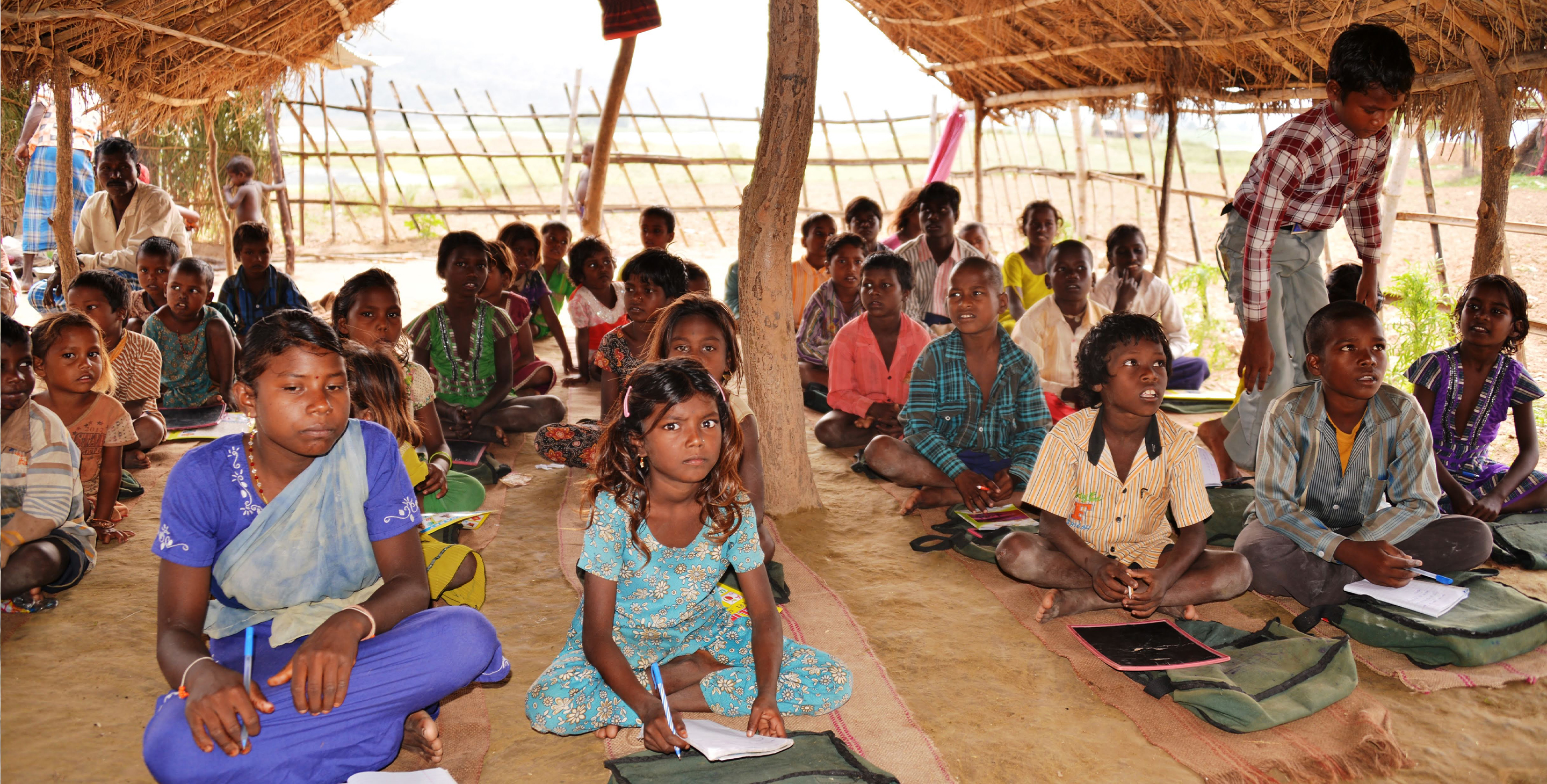 None of these children had ever been to school. They quickly caught up to grade level and transferred to Indian government schools with hopes of being teachers, police officers and activists.

Hot lunches nourish hungry children every day at each School4Freedom. Students also learn about hygiene and washing your hands to prevent illness.

12-year-old Atwari and her 8-year-old friends, Parvati and Anita said they love studying math and Hindi. Their brothers said their favorite thing about school was…lunch!

The Weiss family jumped in to fund the first village (against the advice of people who loved them) before V4F even had non-profit status. They tell everyone they know about slavery and help V4F figure out how to do more and better. The Majhrati band? They welcomed Tari the first time she visited and played her all the way to the school. It was beautiful…and very loud.

With the help of you and your “village”—your friends, family, and colleagues—we can help bring an entire village of up to 200 people to freedom. Will you join us?